We're delighted to let you know that we've just released some fixes that are specific to the new Compose editor.  While the majority of TypePad members who are using the new editor have experienced no problems at all, we know that some of you have experienced some exceptionally frustrating errors.  Our Support and Engineering teams have been working really hard, burning the midnight oil to address these issues and are excited to see them launched today.  In addition to these fixes and those we released on June 11th, some additional fixes are forthcoming and we will keep you posted as we release them.

All members who have the new Compose editor should receive an email giving details on the most recent fixes.  You can also read about known issues and fixes on the Known Issues blog.

A huge thank you to everyone who has sent in feedback to our Support team and to our CEO Chris Alden.  Our teams have reached out to many of you one on one and the information you've shared with us has been a tremendous help in our troubleshooting and beyond.

Also in this release are several new themes, including something for nature enthusiasts, fans of colorful illustrations and even a theme for those of you who still remember the old school typewriter. 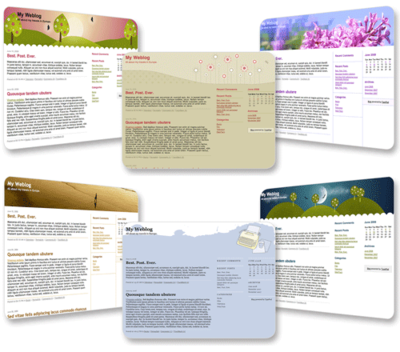 For the curious Ocean Beach users who'd like to see the photo this theme was based on: http://www.flickr.com/photos/plasticmind/1398193161/sizes/l/