Here's a quick update on some major successes that a few of our awesome TypePad bloggers have celebrated recently:

Where the hell is Matt?
By now, someone might have forwarded you a video of the guy who does his exuberant dance in exotic locales, all across the world.  That guy's name is Matt.

Matt's made two of these dancing videos before, but the reason he's on people's minds once again is that he's recently released a third video.  After making his first two videos, he got such a positive response that he wanted to make a third video, this time traveling the world to dance with the people who had written to him to share their support.

This most recent video of Matt's took him once again around the world, and also landed him in the New York Times and probably into your email inbox and IM windows with your friends saying, "You gotta see this."  Stop by Matt's TypePad blog to congratulate him (and maybe ask if you can have the next dance)! 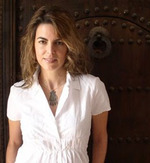 Her Marrakesh
Maryam, who humbly refers to herself as "the blogging girl," began blogging with the intention to write "the bemused tales of an American family's quest to build a guest house in Marrakesh."  Her stories are slices of her life, accompanied by gorgeous photographs of the sights, smells, tastes and colors she encounters.

One day in June, as she sat at her computer, a blogger's dream came true right before her eyes:  there, in her email inbox, was a note from a publisher asking if she might like to write a book.

Her first book -- part memoir, part Moroccan design treatise -- will be published by Artisan Books in 2009.  Stop by Maryam's blog to read her story in her own words.  Congratulations, Maryam! 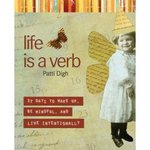 37 Days
A personal tragedy caused Patti Digh to ask herself, 'What would I be doing today if I only had 37 days to live?'  In her blog 37 Days, Patti shows how this question changes her life in tiny and tremendous ways.  Her personal responses have become an inspiring exploration for all of her readers.  (She even blogged recently about Matt's latest video!)

The great news is that Patti has a book coming out, due out on September 2nd, entitled Life Is A Verb: 37 Days to Wake Up, Be Mindful, and Live Intentionally (Globe Pequot Press).  What's even cooler is that all of the artwork in the book was created by readers of her blog!  Over 70 of her readers contributed 123 pieces of art that are printed in full color.

Stop by Patti's blog to read more about her book and catch some inspiration.

Celebrating your successes
We'd like to extend a huge congratulations to Patti, Maryam & Matt, and a huge thanks to their readers, commenters, sponsors and publishers that made their dreams come true.

The TypePad team is extremely proud to be a part of the livelihoods of so many talented bloggers!  We want to share your successes with everyone.  Tell us your good news in the comments.

Thanks to Typepad my book is off and running! During the writing of Coffee Cup (a military psyops term) I was diagnosed with a brain tumor and the entire "mix" changed. A common occurrence I suppose where Coffee is concerned. It is a great thing to see so many bloggers succeed through blogging.

My blog -- HealthBlawg, at http://healthblwg.typepad.com -- is included in the Library of Congress' new collection of about a hundred blawgs (law blogs) -- see my recent post (April 2009). I bet you may find some other typepad blogs among the other blawgs in the collection.