I Love Blogging: Broadcasting 'My Passions Through My Posts'

For Valentine's week we regaled you with essays from several Six Aparters on why they loved blogging (and so many of you also chimed in!). Tiff's essay got stuck in my junk folder and so I mea culpa to her and to you. It is never too late to declare your love for blogging! In this post, Product Manager Tiff Chow reveals her history and love of blogging:

It all started when I was interning at Six Apart during the golden summer of 2006. I was a theme designer on Vox, and I figured if I wanted to "keep it real" with the company it was probably in my best interest to start blogging. In my salad days I had attempted writing on sites like Xanga and Blogger, but only managed to assemble an unsatisfactory handful of teenage sob stories. I had no choice but to make a proper showing of myself, so I started my Vox blog posting about the sordid subjects that mattered most to me most.

Little did I know that the things that pertained to my interests, pertained to other folks' interests too, and through Vox I began to realize how terrifically fulfilling it was to broadcast my passions through my posts. As I honed in on my subject matter (which are predominantly videogames, graphic design, and oddities of the Internet), I received more lively responses from my co-workers, colleagues, and readers who I had never met before. My blog became a platform where I could explore my fanaticism while exchanging that enthusiasm with others, and through this dialogue I had created an unexpected social entity that is the reason I still blog today.

Blogging has since become a major social component of my life, and it's hard for me to imagine where I'd be today without it. Through my blog (which is now comfortably situated on TypePad at http://tiffchow.typepad.com/) I've scored a writing gig in the videogame industry, acquainted myself with great friends I would have never otherwise met, and discovered more potential in myself than I would have ever imagined.

Naturally some things are better said in person, but through growing and sharing my blog I've realized that some things are equally better said in... well, blog (you get the point) because I can share things with anyone. It's this key social proponent that keeps me posting about the things I love, engaging with a spectrum of people I might otherwise never speak to, and maintains my optimism that blogging has the power to move us in ways we haven't even seen yet. 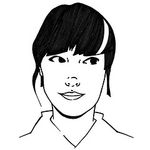 Tiff Chow is a Product Manager on the TypePad team and  blogs at .tiff. Tiff's an avid gamer, illustrator and all-around creative dynamo. She is also the inventor of the super-mimosa.